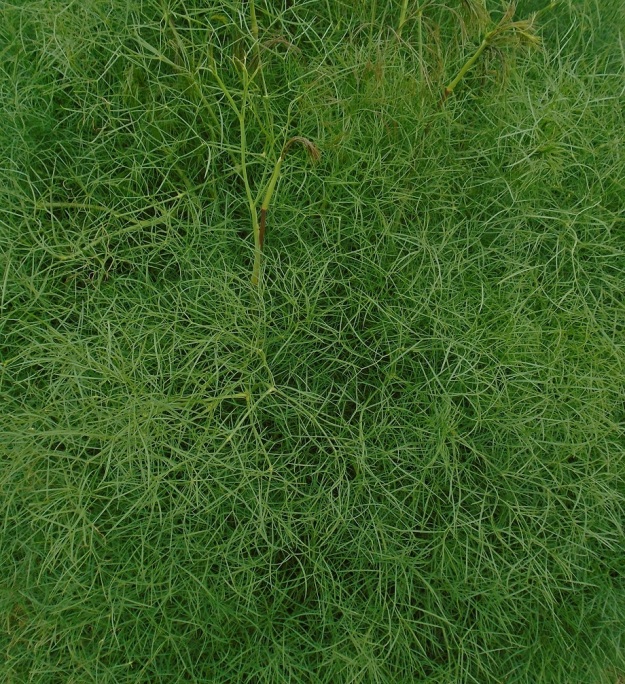 The old road passes along the top of Tankerton slope after running inland to skirt the Marshes. The sea wall with its promenade protects the slope from crumbling into the waters, and apart from rough grass there are green plants and bushes all the way. One rarity is hog’s fennel, which when we visited with Abel had filled a patch of land with mounds of lacy, dark green leaf. We got up close when chasing after an upwardly mobile toddler.

It is good to know that something so beautiful is being watched over, conserved.

Looking after one small corner of our shared home is a step towards saving the planet, so thanks are due to those looking after the slopes.

Even Solomon in all his glory was not clothed like one of these, (Matthew 6: 29) though I can imagine William Morris enjoying the challenge of translating this into a textile design!

Today is Sister Clare’s Sky Dive! Please send up a prayer that she may come down safely, and if you haven’t sponsored her already, please go to :

Rainbow weather this morning: the birds seem to sing more clearly in the rain.

When we were in Rome at the beginning of last month, Mrs T rejoiced to hear a cuckoo in the Botanical Gardens; I was uplifted by the sight and sound of a patrol of swifts, screaming along the Via Aurelia.

It was a month before I saw and heard the swifts in Canterbury, and only this morning, at six o’clock, did I hear the cuckoo. He may have been some distance away, as even with the back door open I could not hear him an hour and a half later.

But he was there, insistently, when the city was quiet. Perhaps he did not care to compete with the Cathedral’s great bell Dunstan, calling the faithful to prayer!

The Holy of Holies refers of course to the innermost chamber of the Temple in Jerusalem – and before that in the tent that went through the desert with the Israelites. Blake reminded us that God is present in a grain of sand; here is Chesterton meeting him on a Spring morning. These cowslips are growing in pastureland, where sheep will safely graze later in the year. We were told that the farmer seeded the field with wild flowers. Thank you to him!

‘Elder father, though thine eyes
Shine with hoary mysteries,
Canst thou tell what in the heart
Of a cowslip blossom lies?’

‘Smaller than all lives that be,
Secret as the deepest sea,
Stands a little house of seeds,
Like an elfin’s granary,

‘Speller of the stones and weeds,
Skilled in Nature’s crafts and creeds,
Tell me what is in the heart
Of the smallest of the seeds.’

‘God Almighty, and with Him
Cherubim and Seraphim,
Filling all eternity—
Adonai Elohim.’ 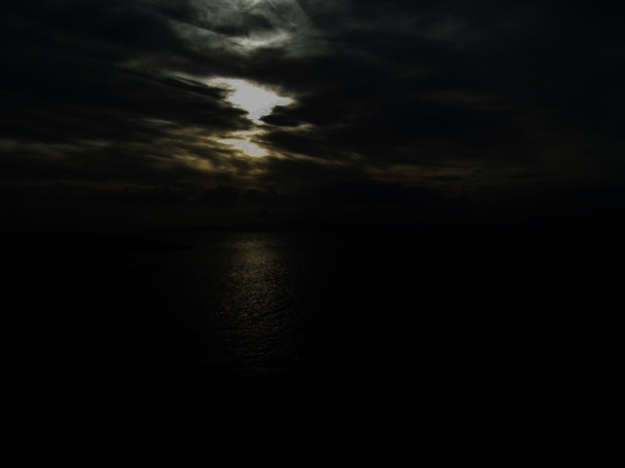 This time I am not ranting about light pollution; I’m rejoicing that on my way down Abbot’s Hill I was followed, very closely, by my moon shadow. It was light enough with but a 3/4 moon, to see my path across the grass: my moon shadow followed me as far as the LED streetlights at the edge of town. So good to see him again!

When I looked out of the window this morning, I saw that it had been raining in the night. But that can happen at any time in England. What was so spring-like about it? Simply that under  the lime tree (tilia) opposite our window was a circle of dry pavement. The leaf cover has arrived! I celebrated with a brew of lime flower tea, though using flowers picked from by the river, not from street trees! A class from the nursery school had taken great interest in my foraging last summer.